We Are Here For You

We extend hospitality and welcome of Jesus to all who come. Visit our church or send us a note. We look forward to hearing from you. 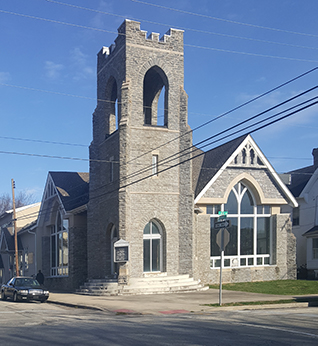 The First Baptist Church at Conshohocken began its ministry as early as 1866, but was formally incorporated with the Commonwealth of Pennsylvania in 1871.  The church’s stone sanctuary, replete with neo-Gothic arch, was built opened in 1902. Legendary Pastor Abner Davies served pastorally for 45 years, from 1902-1947. Philanthropist J.P. Morgan financed the purchase of the church organ, as fine an instrument as existed in our little borough. A dear Christian sister was commissioned into full-time missionary service to China during the 1940s.  And a number of pastors came and went over the next forty years, while the church remained relatively and organizationally steady.

FBC was brought near to closing her doors in the late-1980s but, under the direction of Mrs. Pat Speak, the fellowship prayerfully concluded that God wanted the church to remain open. Pastor Brad Lacey of Boston was called into pastoral service, effective December 1988, from which time he has continued to shepherd the church.
Emphasis has been placed upon worship, Bible proclamation and study, prayer, fellowship and witness over the past thirty-two years. During the 1990s, we gave support to the 1992 Billy Graham Crusade, organized formal ministries to children, teens, college students and elderly, as well as mission trips to Russia, India, & Swaziland/Mozambique in Africa.

The first decade of the 21st Century brought to the church the gravest crisis in the history of FBC when, on May 10, 2005, our church building was destroyed by fire.  The church leadership proved faithful to the task at-hand, working together in unity and peace.  The architectural firm of Jack Althouse worked closely with us to offer fresh design to our facility. The shell of the building was complete by September 2008, while work on the partial fit-out of the main floor played out between 2001-2013, at the end of which we “took the land,” wherein we have worshipped and ministered for seven full years, as of Thanksgiving 2013.

Throughout the first two decades of the new century, our church has entered into partnership with the Philadelphia Bible Society (residing within our church precincts since December 2019), conducted Vacation Bible Schools, outdoor worship services in the local park, appointed the first African-American to formal church leadership on behalf of FBC, broadcast Pastor Lacey’s sermons on the now-defunct 1340 WHAT (2008-2010), launched The Great Message on Talk Radio 1210 WPHT in March 2018 and, most recently, received Pastor Saa Elijah Tonquino & The House of Prayer in Acts.  It must also be stated that we continue to work on the further fit-out of our church building.

Come to me, all you who are weary and burdened, and I will give you rest. Take my yoke upon you and learn from me, for I am gentle and humble in heart, and you will find rest for your souls. For my yoke is easy and my burden is light.