The First Baptist Church at Conshohocken is a fellowship of Christians who are dedicated to the worship of Almighty God the Father, the proclamation of Good News through the Person and Work of Jesus Christ the Son, and the operative sovereignty of the Holy Spirit in the lives of individual Christians and the collective life of our fellowship, which is our portion of His family of believers – That is; those who have been washed in the blood of Jesus, filled with the Spirit of the Living God and been brought into restored rapport with God the Father.

We believe the Church is comprised of representation from all peoples. We are black & white. We are Asian & Hispanic. We are young & old. We are educated & lacking in formal education. We are rich & poor. We are new & we are seasoned in faith. And, while our existent demographic may fluctuate with seasons and times, we were all sinners facing condemnation for our sins, but now find ourselves as sinners washed in the blood of the Lamb and, correspondingly, are saints redeemed for His glory and looking forward to “a better place.”

Still; in the here-and-now, we endeavor to be a hospitable people, warmly-disposed to one another and to those who come amongst us—the visitor, the stranger, the seeker, the fellow believer (Saints and sinners; one-and-all!) – with the desire to create and to continue amidst an environment that is both comforting and challenging. All are welcome to join with us in a shared encounter with Almighty God as we lay aside our sin and both look to and learn to live for Him who is Christ the Lord.

The First Baptist Church at Conshohocken is conservative in theology, open to the leading and empowering of the Holy Spirit, and very intentional in striking the right balance betwixt the love & truth of Jesus Christ. 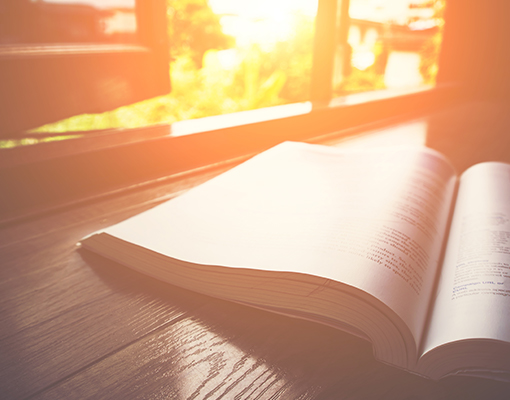 We believe in the following truths, eternal precepts that bear practical application: 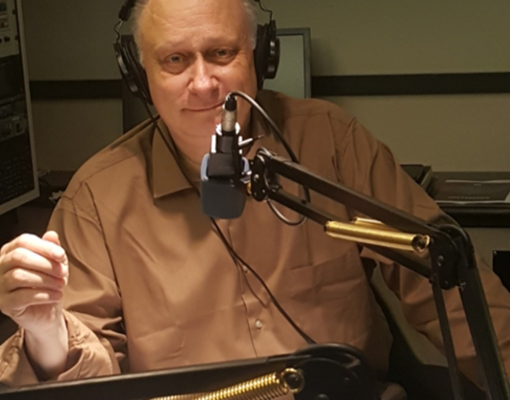 Bradley E. Lacey has been our pastor since December 1988. He is a born-&-bred Bostonian, who is a graduate of Gordon College (Bachelor of Arts, 1983) and Gordon Conwell Theological Seminary (Master of Divinity, 1986).

He has worked closely with the Billy Graham Evangelistic Crusade of 1992 in Philadelphia, taught at New Life Bible College in Moscow, Russia (1996-1998), Hindustan Bible Institute in Chennai, India (1997-1999) and wrote weekly newspaper columns for many years for the local Conshohocken Recorder and Conshy Courier, as well as the Philadelphia Daily News. He has served with the Philadelphia Bible Society since 2002 and as President since 2008. And, since March 2018, has had the privilege of hosting The Great Message on Talk Radio 1210 WPHT in Philadelphia.

Pastor Lacey was called upon, in concert with the presiding Elders of the day, to shepherd the church through the gravest crisis in her history when the historic church building was destroyed by fire in May 2005.

He has been a public figure and has sought to take the Gospel of Jesus Christ wherever he goes and share with whomever he meets. His wife, Peggy, has faithfully and steadfastly ministered alongside of him over the course of their marriage. He lives with Peggy, his daughter Shannan, his grand-daughter Amber, thousands of books, hundreds of old, classic films, dozens of classical, jazz & operatic recordings, and as many cats as will be allowed by Peggy.

The Great Message is a weekly, one-hour, pre-recorded broadcast for the purpose of the Gospel’s dissemination, airing on Talk Radio 1210 WPHT in Philadelphia.  The standard format has Pastor Lacey sharing an eleven-minute homily, followed by three segments of conversation with a guest, often, but not always, a fellow pastor.

Voices of Philadelphia: Speaking God’s Word to a New Generation

We are so excited to be collaborating on a new project, Voices of Philadelphia: Speaking God’s Word to a New Generation, a ministry of the Philadelphia Bible Society. It is well understood that there exists a plethora of audio Bibles in a myriad of translations. But Voices endeavors to bring God’s Word to those who might not otherwise take the time or have the inclination to listen, but for the welcome familiarity of voices that are both known & trusted.

You are free to listen, free to download, and free to share. And you are more than welcome to allow the Word of God to be assimilated into your hearts & minds. We want nothing more than for you to encounter the living Word, who is Jesus, as you listen to His Word by way of Voices of Philadelphia. 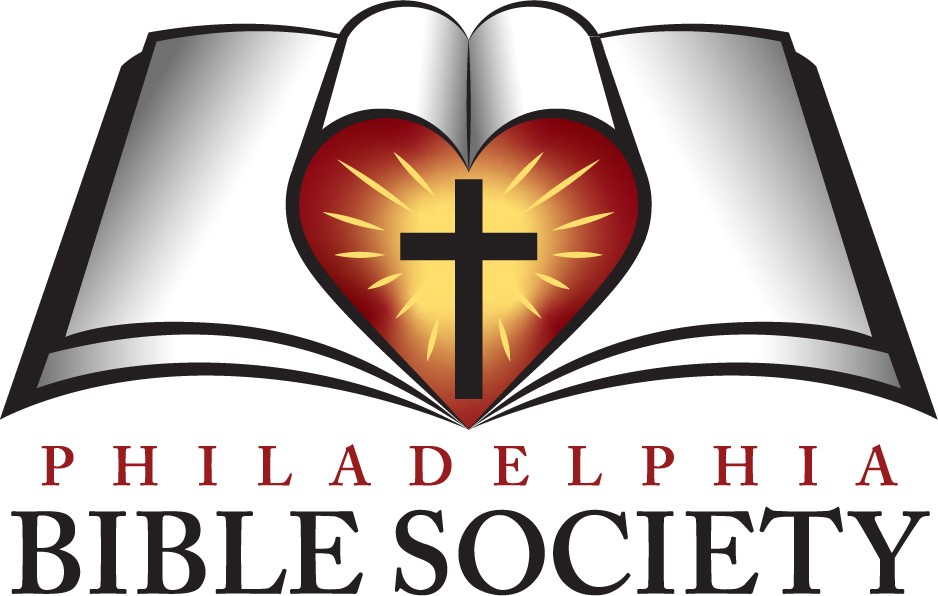 We work closely and share our church facility with the Philadelphia Bible Society (PBS), a ministry of free scripture distribution.The Philadelphia Bible Society was began in 1838 with the purpose of the free distribution of God’s Word, in editions that lack note or comment and can be readily understood, and extended to anyone who will receive from us.

PBS prints its own material, ranging from individual Gospels, Psalms, Proverbs and Romans, to more thematically-based booklets, tri-fold leaflets and mini-books.  Such titles as Words of Comfort, Life Has Purpose and Marvel (comics) in the Bible bring fresh delivery to God’s Word.  And PBS has known the blessing and privilege of having been given permission to utilize the New English Translation (NET).

Hospitals, nursing homes, prisons, schools, crisis centers, rehabs, street evangelism and other venues or modes of ministry have all benefited at one time or the other by our offerings, as well as door-to-door distributions throughout our neighborhoods and, of course, personal evangelism.

The House of Prayer in Acts

We share our building, ministry and fellowship with Pastor Saa Elijah Tonguino and The House of Prayer in Acts. 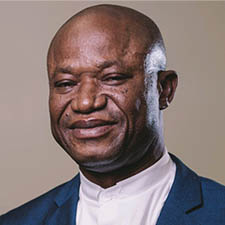 The House of Prayer in Acts is a Christian fellowship led by Pastor Saa Elijah Tonguino, originally of Guinea along the western coast of Africa. Pastor Saa brings an earnest heart for prayer and worship, as well as the delivery of a clear, solid and substantive message from the Word. He is a gracious and gentle man, and an authentic and convicted follower of Jesus Christ. His wife, Oretha, hails from Liberia, and their lovely daughters are integral to the life of their fellowship.

We are in a contractual relationship with Talk Radio 1210 WPHT in Philadelphia, for which Pastor Lacey hosts a weekly broadcast entitled The Great Message, every Saturday morning at 5 a.m.

The Great Message is a weekly, one-hour, pre-recorded broadcast for the purpose of the Gospel’s dissemination, airing on Talk Radio 1210 WPHT in Philadelphia. The standard format has Pastor Lacey sharing an eleven-minute homily, followed by three segments of conversation with a guest, often, but not always, a fellow pastor.

Talk Radio 1210 is one of five (5) 50,000-watt, clear channel radio stations in the country, with a reach into 38 states and Canada. It is owned by Entercom, Inc. and shares studios with Philadelphia’s News Radio 1060 KYW, Sports Talk 94.5 WIP, and popular music station B101 (the most popular radio station in the country during Christmas season). It features local conservative talk hosts Rich Zeoli and Dom Giordano, along with nationally-syndicated Rush Limbaugh and Mark Levin, as well as being the home-station for the nationally-syndicated The Sounds of Sinatra with the renowned Sid Mark.

The Spirit of the Sovereign Lord is on me, because the Lord has anointed me to preach good news to the poor.  He has sent me to bind up the brokenhearted, to proclaim freedom for the captives and release from darkness for the prisoners, to proclaim the year of the Lord’s favor and the day of vengeance of our God, to comfort all who mourn, and provide for those who grieve in Zion—to bestow on them a crown of beauty instead of ashes, the oil of gladness instead of mourning, and a garment of praise instead of a spirit of despair. They will be called oaks of righteousness, a planting of the Lord for the display of His splendor. (Isaiah 61:1-3)